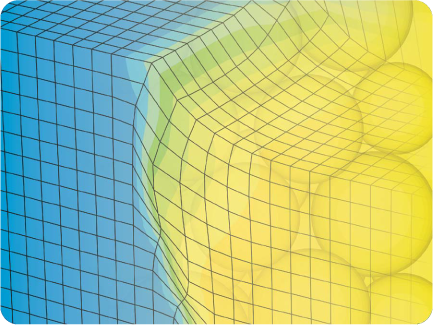 Itasca software products, first developed in the early 1980s, provide a full range of sophisticated and mature numerical tools to address the challenges of solving the wide spectrum of today's geo-engineering problems. Ranging from continuum analysis tools FLAC and FLAC3D to discontinuum/distinct element modeling (DEM) tools UDEC/3DEC and PFC2D/PFC3D, the codes can be used individually, sometimes covering the same application, as well as concurrently, to address problems from various scales and levels of complexity.

Since 1999, seven Itasca software symposia have been held: four FLAC/FLAC3D symposia (in Minneapolis, U.S.A, 1999, in Lyon, France, 2001, in Sudbury, Canada, 2003 and in Madrid, Spain, 2006); two PFC2D/PFC3D symposia (in Gelsenkirchen, Germany, 2002 and in Kyoto, Japan, 2004); and one UDEC/3DEC symposium (in Bochum, Germany,2004). These symposia have been very well received, and, we believe, helpful for users to share experiences and discuss new developments in Itasca software.We further believe that it will be beneficial for users of FLAC/FLAC3D to have a closer interaction with users of our DEM codes. For this reason, we have organized a joint FLAC/DEM symposium where the emphasis is on a range of software solutions to engineering problems, rather than on one software approach.

The papers in this volume are the proceedings from the 1st FLAC/DEM Symposium held on August 25-27, 2008 in Minneapolis, Minnesota. This is the first conference to feature topics and discussions covering applications of all Itasca software. This volume contains 76 papers selected for presentation at the conference, and there is an almost equal division between papers describing continuum analysis and distinct element analysis. The contributions cover a wide range of engineering applications in the areas of: slope stability, mining, underground construction, dynamic analysis, retaining wall and foundation design, and soil/structure interaction. Papers are also provided on special topics, such as fracture propagation, tectonics, material behavior, fabric modeling, coupled processes and numerical techniques.

The proceedings illustrate a wide range of numerical approaches to solve problems in geo-engineering. We hope that this collection of papers will stimulate interaction between FLAC/FLAC3D users and DEM code users and offer different insights for numerical solutions of geo-engineering problems.

This compilation would not have been possible without the efforts of our authors and our Technical Committee. We extend a special thank you to Michele Nelson who served as Technical Editor, as she has done on all the symposia. We also recognize Mark Lorig, who did the graphics illustration for the cover, and Brian Houska, who produced the CD-ROM. Their assistance has been invaluable.

EUROCK 2021
The Italian Geotechnical Society (AGI), on appointment by the ISRM International Society of Rock Mechanics, is delighted to announce t... Read More
Itasca Training Collaborations
These quality courses are offered by people outside of Itasca.... Read More